Christmas and Kwanzaa, Hanukkah and Las Posadas – there are many winter holidays, and the diverse residents of luxurious apartment community The Retreat at Mountain Brook in Birmingham, Alabama, celebrate them all! 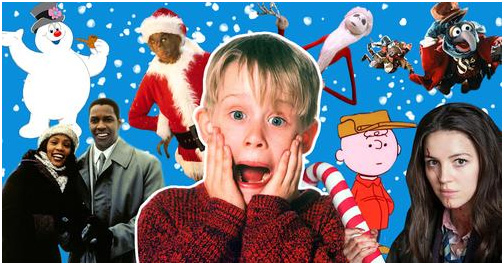 Whether you’re planning to drink hot chocolate while nestled on your couch watching Christmas movies or attend an Alabama Ballet performance of George Balanchine’s The Nutcracker (December 17-19 and 21-23, 2021), sweetness and light are always a part of the season. And not just in the form of love of our families and friends. Candles and confections have historically played leading roles in almost all holiday decorations, rituals, and gatherings. 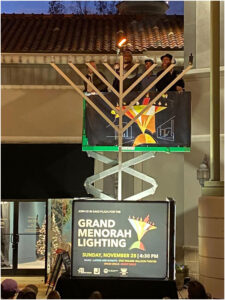 Hanukkah is celebrated to commemorate and publicize the miracle of a one-day supply of oil lasting eight days and eight nights after the Jewish people reclaimed the Holy Temple in Jerusalem from the Greeks and marked their victory with the burning of the Hanukkah menorah (candelabrum). This year, the traditional period began early, on the night of Sunday, November 28, 2021. In Birmingham, the Grand Menorah Lighting at The Summit took place in Saks Plaza, complete with a stilt walker—and latkes and sufganiyot (jelly donuts), of course! The event was a collaborative project of the Levite Jewish Community Center, Chabad of Alabama, the Birmingham Jewish Foundation-Karl and Gladys LJCC Fund, and the Birmingham Jewish Federation. 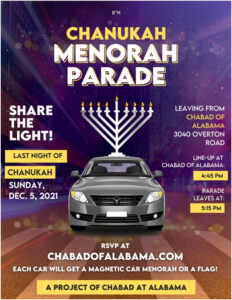 To mark the last night of Hanukkah and “share the light” with the community, Chabad of Alabama is having a menorah parade Sunday, December 5, 2021. Cars will line up at the organization’s location at 3040 Overton Road in Mountain Brook, Alabama, at 4:45 p.m., and the parade will begin at 5:15 p.m.

Check out Bhm Now’s great piece on Hanukkah in Birmingham 2021 for info on where to find some sufganiyot for yourself, and about the Wacky Lights Tour, which will begin Thursday, December 9, and include the Chanukah House on Altamont Road. 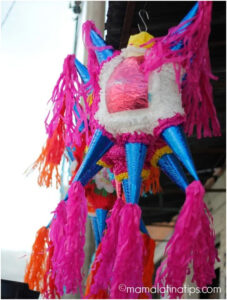 According to the Franciscan Media publication St. Anthony Messenger, “The roots of Las Posadas stretch deeply into Latin culture. It originated in Spain, but it’s been a yearly celebration throughout Mexico for over 400 years. The tradition commemorates Mary and Joseph’s difficult journey from Nazareth to Bethlehem in search of a warm place to stay the night. (Posadas is Spanish for “lodgings” or “accommodations.”) Beginning on December 16 and ending nine days later, on December 24, Las Posadas commemorates the nine months of Mary’s pregnancy. Each night, one family agrees to house the pilgrims. And so it begins: At dusk, a procession of the faithful takes to the streets with children often dressed as angels and shepherds. Religious figures, images, and lighted candles are a part of the festivities. The group representing the Holy Family stands outside a series of houses, singing songs, asking for lodging. They are refused time and again until the group reaches the designated house. Finally, the travelers are permitted to enter. Prayer and song continue in the home, and festive foods are shared. The evening ends with a piñata in the shape of star.” The piñata of course includes candy! 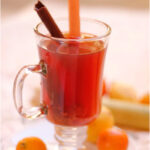 Here are some ideas from MamaLatinaTips.com on how to celebrate the holiday in your elegant home at The Retreat at Mountain Brook, including recipes for Mexican hot chocolate and traditional Mexican Christmas punch. 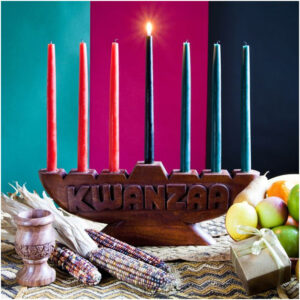 During the week of Kwanzaa, families and communities come together in feasting, honoring the ancestors, affirming the bonds between them, and in celebration of African and African American culture. Each day they light a candle in the Kinara, a seven-branched holder, to highlight the principle of that day and to breathe meaning into the principles with various activities, such as reciting the sayings or writings of great black thinkers and writers, reciting original poetry, African drumming, and sharing a meal of African diaspora-inspired foods. The seven principles of Kwanzaa/Nguzo Saba (in both English and Kiswahili) are unity/umoja, self-determination/ kujichagulia, collective work and responsibility/ujima, cooperative economics/ujamaa, purpose/nia, creativity/kuumba, and faith/Imani. The colors of the candles are black, red, and green, representing the people, the noble blood that unites all people of African ancestry, and green for the rich land of Africa. 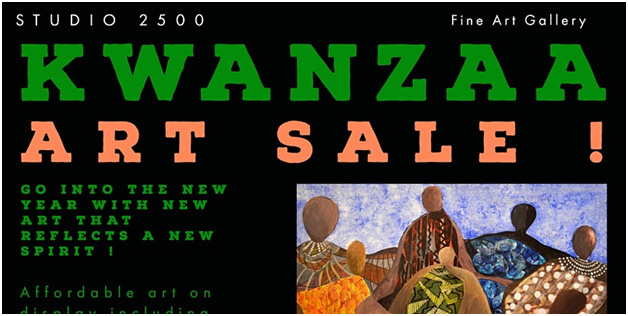 This year, Birmingham’s Studio 2500 will kick off Kwanzaa with a sale in its fine art gallery at 2500 Sixth Avenue North Sunday, December 26, 2021, at 3 p.m. The opening exhibit will include hors d’oeuvres and music. 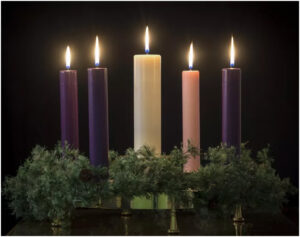 The Christian tradition of celebrating Advent also is already underway; it began the fourth Sunday before Christmas, which in 2021 was Sunday, November 28. It will end Friday, December 24. During these four weeks, an Advent wreath adorned with five candles is traditionally used to symbolize different spiritual aspects of getting ready for the Christmas Day birth of Jesus Christ. The three Advent candle colors—purple, pink, and white—symbolically represent the spiritual preparation that believers undergo to prepare their hearts for the birth (or coming) of the Lord, Jesus Christ, according to Learn Religions. 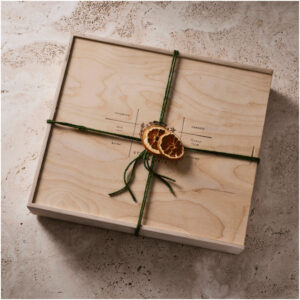 Many people delight in Advent calendars, and what could be more special than one crafted right here in Alabama?

The lovely folks from Stone Hollow Farmstead created a very special calendar for 2021 exclusively for Food52, and The Retreat at Mountain Brook Idea Specialists™ are very excited about it! Jams, jellies, pickles—and botanical drinking vinegars? Wow! And the packaging itself is just so beautiful. Even though Advent is already underway, it’s certainly not too late to order one of these! And after you’ve done that, go by and check out their brick-and-mortar store FarmStand by Stone Hollow Farmstead, in Birmingham at 2825 Second Avenue South.

What’s a blog about the winter holidays without a few gift-giving ideas? In keeping with our theme, let’s wrap up with a couple of candle suggestions. If you want to gift someone an experience, the Retreat at Mountain Brook Idea Specialists suggest taking them to see a performances of Ursula Smith’s The Brown Sugar Nutcracker: Maskuerade Edition (Saturday, December 18, 2021, at 7 p.m., and Sunday, December 19, at 4p.m., at the Dorothy Jemison Day Theater at the Alabama School of Fine Arts (ASFA) on 19th Street North in Birmingham, Alabama). The name of the production is quite apt, because – due to unusual Covid-19 pandemic – dancers, actors, and audience members alike will be masked.

Another fun experience would be to plan an outing to Paddywax Candle Bar at The Summit in Birmingham, Alabama, either to browse their unique offerings—or to pour your own candles! Oh, who are we kidding? You’ll want to do both! 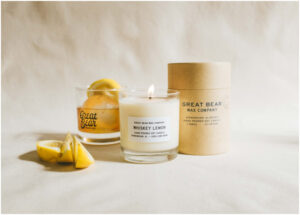 And trust the Idea Specialists™ when they say you can’t go wrong with gifting someone a hand-poured small-batch candle made in Alabama by Great Bear Wax Company. They’re particularly fond of Whiskey Lemon.

Finally, a nice gift for yourself might be join with others in slowing down and sharing a calming space during Candlelight Yin Wednesday, December 22, 2021, from 6 p.m. to 7:15 p.m. at Birmingham Yoga at 605 37th Street South. Plan to stay after for some warm holiday drinks!

However you celebrate the season, enjoy and be safe!

How can I view an apartment without visiting the property in person?

Is someone in the office?

Yes! We are working in the office during normal business hours. We are here to meet with you by phone and email.

I have a scheduled move-in/move-out, can that still happen?

How do I pay my rent?

We’re directing everyone to pay online. Either with ACH (check), Credit Card, or electronic Money Order. You can make these payments on our Resident Portal. If you do not have access to our Portal, please contact the office by phone or email and we can get you set up.

During this time, all non-essential amenities are closed to include the Fitness Center, Pool, Business Center, etc.

Are you accepting packages?

No. As of now, we are directing deliveries to individual apartments.

How will my maintenance issues be addressed?

At this time, we continue to respond to service requests. You will notice our maintenance techs are taking extra precautions to protect you and them by wearing gloves and practicing social distancing. You can enter a service request on the Resident Portal. Or you can call or email the office with your request.

How can I stay connected with my neighbors and community?